Add us on:
You are here: Home » Teachers Erin trained at ‘The University of Chichester’ graduating with a first class BA Hons Degree in Musical Theatre (Triple Threat). There, Erin studied Ballet, Jazz, Tap and Commercial as well as Vocal Technique and Acting. Erin has also trained at ‘The Centre for Advanced Training, Youth Dance Academy’ in Swindon training in Contemporary, Jazz and Ballet. Previous to this, Erin completed the ISTD Tap and Modern syllabus, to Advanced 1 Level and the RAD Ballet syllabus to Intermediate 1 Level with ‘Nicola Jenkins School of Dance’.
Theatre Credits includes: Lead Vocalist in ‘Moving On’ (Leicester Square Theatre); Ivy Smith in ‘On The Town’ (UK Regional Tour); Lead Vocalist/Dance Captain in ‘Beyond Wonderland’ (Assembly Theatre); Isabella in ‘Murder, Mayhem and Masque – Adaptation of ‘Women Beware Women’ (Assembly Theatre); Louise in ‘Carousel’ (The Alexandra Theatre).
Erin has also worked as Redcoat at ‘Butlins’, Minehead (2016) – entertaining and performing for the guests. As well as this in 2017, Erin worked in the US at the Elaine Gordon and Katy Issacson Lodge, teaching dance to guests with developmental and physical disabilities.
Erin prides herself on her passion for dance technique and performance and is looking forward to passing this on to the next generation. After successfully completing her bachelor of honours degree in the performing arts-acting and directing, Megan pursued her passion for acting and storytelling by performing plays and vignettes, at lavish 5-star historical hotels situated around the UK.

From there, Megan was given the opportunity to perform on cruise ships- not only was she acting in plays whilst at sea, she was also part of the show team. Since then she has thoroughly enjoyed working for different cruise line companies including the luxurious brand ‘Silversea’, as lead production vocalist as well as dance captain.

In 2016, Megan was approached by the choreographer of Luna Rossa who entrusted her to teach dance and movement to the new show teams. She now thoroughly enjoys working alongside industry professionals and ensuring they are up to a high standard ready to perform on ships. Lindsey Preston – Singing Teacher
Lindsey knew from a young age she wanted to be a singer and this passion lead her to play roles such as Maria in West Side Story for Starmaker Theatre Company.
Having trained in dance, singing and acting at School of The Arts she went on to study full time as a Soprano at the renowned Guildhall School of Music & Drama, graduating with a BA Hons in Music.
Since graduating from the Guildhall, Lindsey has travelled the world singing on exclusive cruise ships combining her two loves – singing and travel.
Lindsey has taught singing for several years and has a huge passion for nurturing and correctly training young voices, whilst also helping young performers to understand and experience for themselves the importance of giving an expressive performance and she is very excited to be bringing that ethos to RTS. Natasha holds a Grade 8 with Distinction in LAMDA Acting and studied acting full time at The Oxford School of Drama.

She has performed in the award winning production of Matilda the Empress for ‘Reading Between The Lines’, for whom she also played Juliet in ‘Romeo & Juliet’ and Bianca in ‘Taming of The Shrew’. Liam worked with the award winning, five star reviewed theatre company Reading Between the Lines in their production of Henry II and was the star of a musical theatre themed TK Max Advert! Cat trained and recently graduated from Arts Educational Schools London with a first B A Hons.Whilst training she was given the opportunity to perform as a soloist in “Some Enchanted Evening” at Cadogan hall alongside the Royal Philharmonic Orchestra.Cat was delighted to make her professional debut in the Original London production of Les Misérables playing the role of ensemble and covering the role of Cosette.Cat’s most recent endeavour was with the cast of Doctor Dolittle Uk/Ireland Tour, where she honed her skills as a puppeteer and covered the leading role of Emma Fairfax.As well as performing, Cat also has a passion for teaching and helping young performers realise their potential. She believes that performing is an important vehicle to help all people in any endeavour and strives to build confidence and create a safe space where young people can be themselves and love what they do. Paul, Founder of GoDynamite, is bringing to RTS a series of Samba & Brazilian Carnival Music Workshops.

Drums, agogos, cowbells, shakers, tamborims and group participation combine in this high-energy and multilayered performance spectacle. Pupils will be learning solo parts, interactive breaks and a system of calls and responses culminating in a terrific performance at the end of the term. Paul’s, reputation as a versatile and hard-working drummer has brought him huge success, including international tours, major festival appearances, national radio, television appearances, drum
masterclasses, studios sessions and more. Paul has worked with a wide range of artists across many genres.

Paul is passionate about learning, education, and access to music for all. He has many years experience of playing and studying drums as well as teaching in widespread and varied situations with a great diversity of people.

Paul is a seasoned workshop facilitator with over a decade of experience. Paul regularly leads diverse groups of varying numbers for various companies, organisations and charities. He is able to direct groups both large and small ensuring participants benefit from engaging with the activity and enjoy the process of learning. n addition to his experience as a drummer and educator Paul has vast experience in many other roles within the arts and entertainment industry. 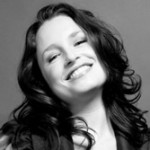 Juliette became Creative Patron of RTS in 2013, mentoring and guiding the school’s creative direction, bringing to the school her valuable experience of an extensive professional performing career and years of expertise in the training of young performers.

Jamie & Helen Read, both ex-professional performers themselves – with West End credits to their names, founded what was previously known as Read Dance & Theatre School in October 2006 out of a passion for bringing accessible professional performing arts training to the Thatcham and Newbury area. Together they ran the school for six very happy years. Helen and Jamie then established Read Dance & Theatre College, to provide full-time Foundation level Musical Theatre training and in 2013, passed the reigns of the theatre school to the team that now runs the school, to enable them time to expand the courses on offer at the college which now also offers a Foundation Course in Acting and a Sixth Form Course which opened in Sept 2015.

Jamie and Helen continue to be huge supporters of the school and our pupils have gone on to train at their fantastic college. Dates for Your Diary
› See our Term Dates

Thank you for giving the children such a great opportunity today. It was fantastic seeing them enjoying themselves. Thank you so much for your patience, perseverance and all the efforts you put into it.
Myra
(Received following our performance at Sadler's Wells)
> See all Testimonials

We’re off to the WEST END!
We have an amazing opportunity for our students at Read Theatre School to perform on the world... Read more

New Year – New Principal!
I hope everyone had a lovely restful summer – all ready for the new year ahead of us! I am... Read more
> See all Blog Posts
Responsive Web Design by Predict Marketing